Zheng and Sankoff have developed and continue to refine a mathematical framework for reconstructing ancestral genome states of various angiosperm lineages using syntenic blocks identified by SynMap, an interactive tool for the pairwise comparison of whole genomes development by Tang and Lyons. This problem is complicated by whole genome duplications, a common occurrence in angiosperm lineages, followed by fractionation of duplicated gene content.

Of particular interest are the ancestral genomes of:

Warning: The results published here do not constitute a peer-reviewed publication. These results are a combination of work-in-progress, research notes, and various hypotheses. As such, please do not republish them, reference them, or use them as a basis for truth. However, please feel free to contact any of the researchers involved with this project if you have any questions or would like to discuss any ideas. Most of them are friendly. 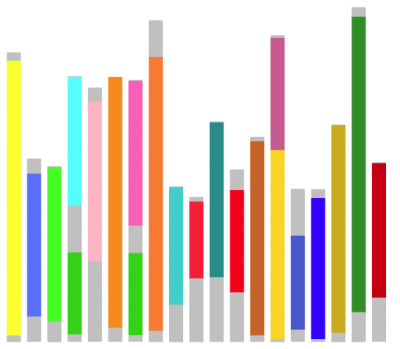 Major colors correspond to the ancestral pre-hexaploid chromosomes. Color intensity represents the degree of fractionation. Regions without color either did not have a syntenic signal, or have a conflicting syntenic signal and was thus dropped from the reconstruction. 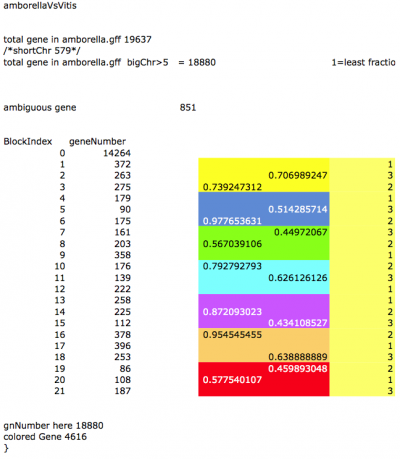 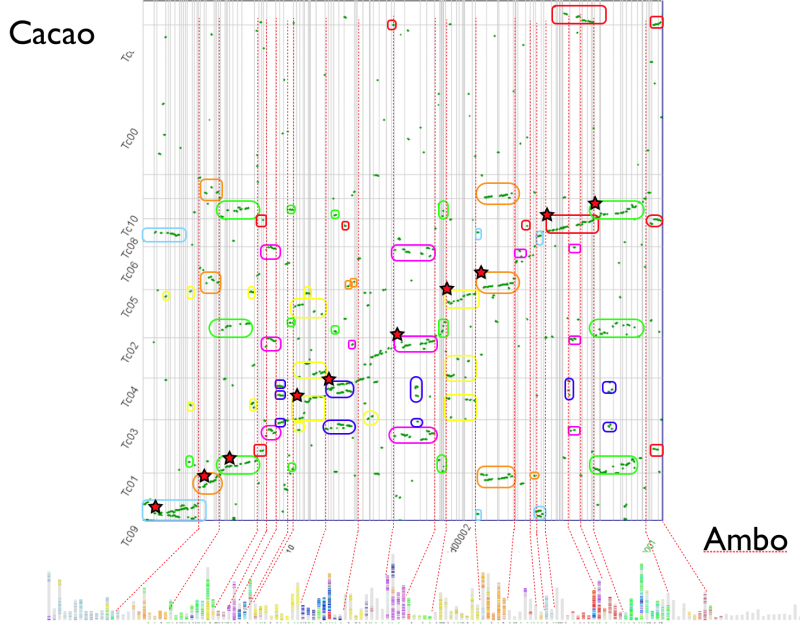 Syntenic dotplot may be regenerated: http://genomevolution.org/r/4s8k 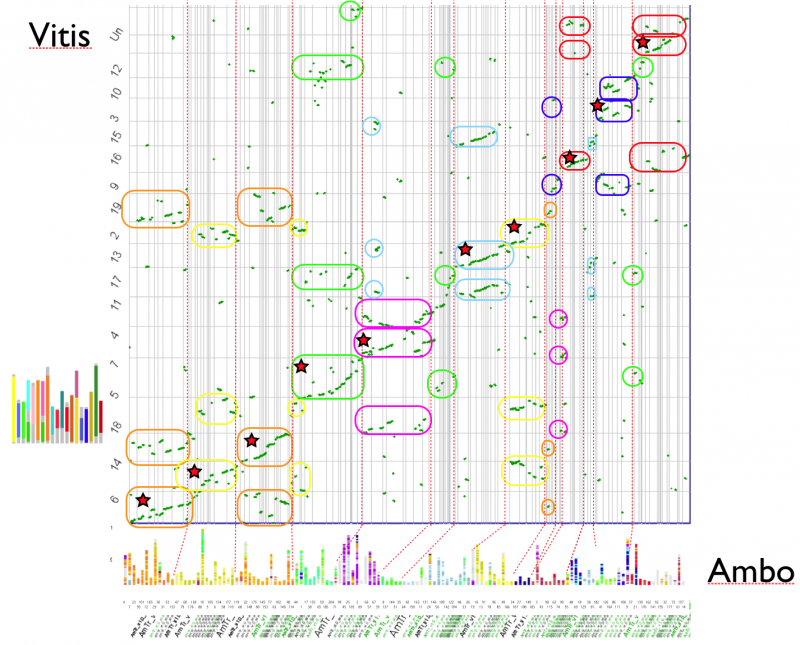 Syntenic dotplot may be regenerated at: http://genomevolution.org/r/4sct

Of particular interest is the genome of Brassica rapa, which had a hexaploidy event much like the eudicots and shows a consistent genome-wide bias in fractionation:

Taken and used without permission from: http://www.nature.com/ng/journal/v43/n10/full/ng.919.html

Showing a case where the classical pattern of biased fractionation is broken: two ancestral regions of grape derived from the eurosid paleohexaploidy are equally fractionated while the third region is heavily fractionated

There have been no previous observationa of such a difference in fractionation rates within a polyploid genome.