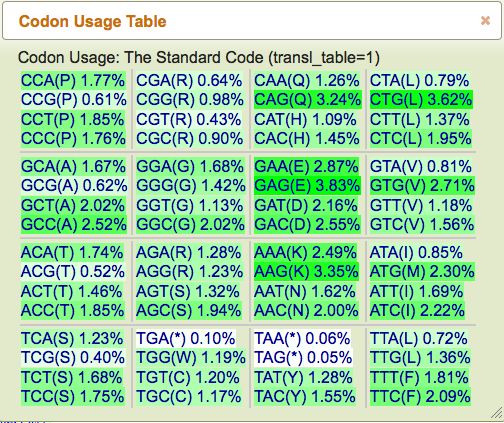 Codon usage table of chromosome 2 from a mouse strain. The first three characters are the codon, the second character in parentheses is the amino acid coded for by the codon, and the percentage is the relative usage of that codon in the genome across all CDSs. 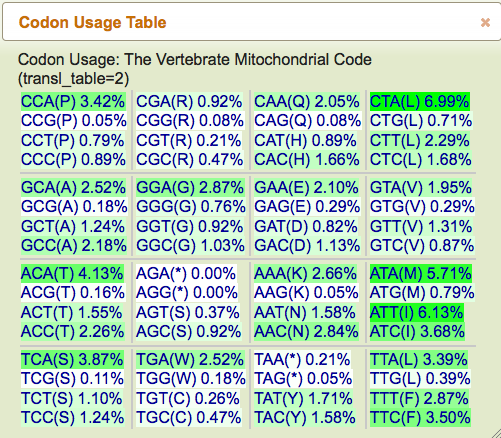 It is easy to generate codon usage tables for entire genomes or chromosomes in CoGe through OrganismView, or for a genomic feature in FeatView and FeatList.