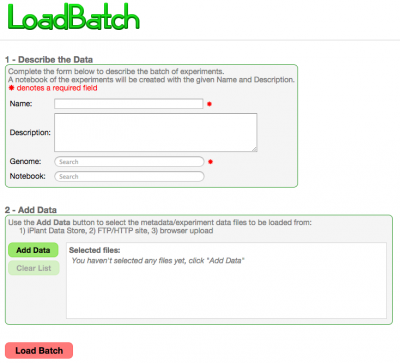 A single metadata file that describes the data files contained is required for the load. See the metadata section: Metadata

Data files can be given individually or together as a compressed tar archive file (ending in .tar.gz, also known as a "tarball").

Valid combinations of input files include:

Note: tarballs must not contain subdirectories.

The interface allows you to select and retrieve data files located at: