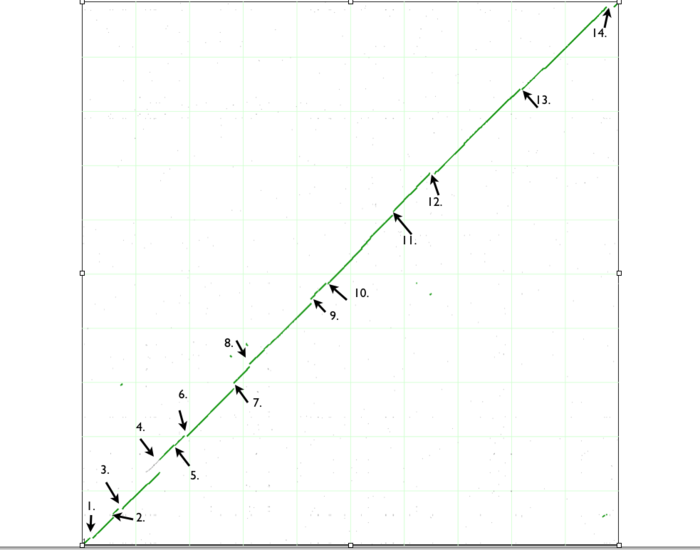 Insertions in bacterial genome could be from exogenous DNA such as plasmids and phages or it could be the result of transposition or translocation. Let us consider the third break in our dotplot. Run GEVo analysis. Notice the thin pink bars at the bottom of inserted genes in REL606. These genes are apparently missing in DH10B at this particular locus. Click on pink bars at the ends of the inserted genes in REL606. You will see that these ends are similar i.e both have overlapping basepairs with a common syntenic region on DH10B. Notice that the information box that appears with connectors show almost the same percent identity for both ends ~84%. (pic) These are direct repeats.

Click on the inserted genes to view their annotations. There is a lac operon and few other metabolic genes. But how can a critical operon be missing from E-coli DH10B? If you go back to our dotplot and align the locator on third break, you will see a fragment of green line right above the break. Position the locator on it and click. GEvo analysis will show that the region of "inserted" genes in REL606 is syntenic to region on a farther locus in DH10B. You will see lac operon and other metabolic genes which are missing in DH10B at third break are present elsewhere on its genome. This is an example of translocation. In this case syntenic regions are not collinear i.e they do not share same locus on a chromosome. 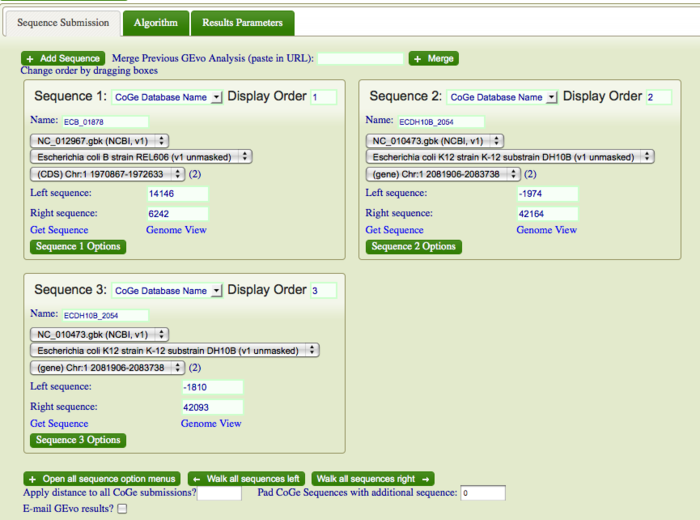 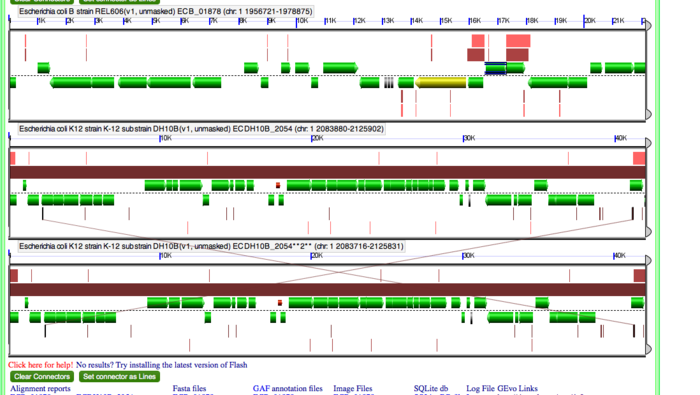 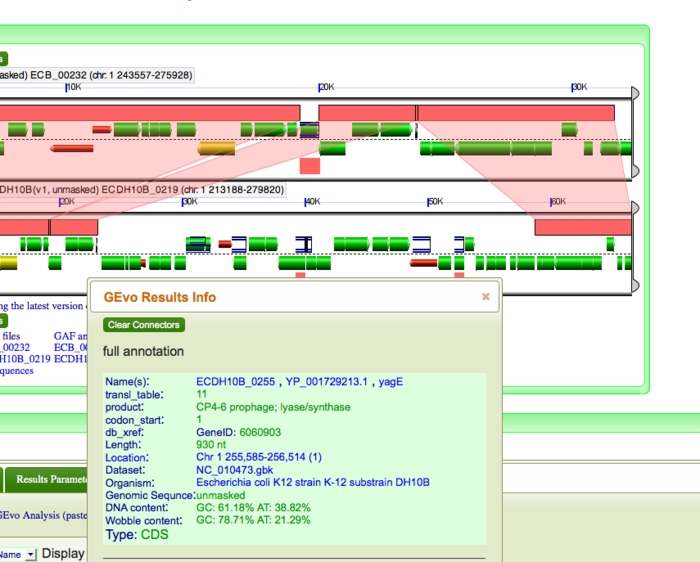