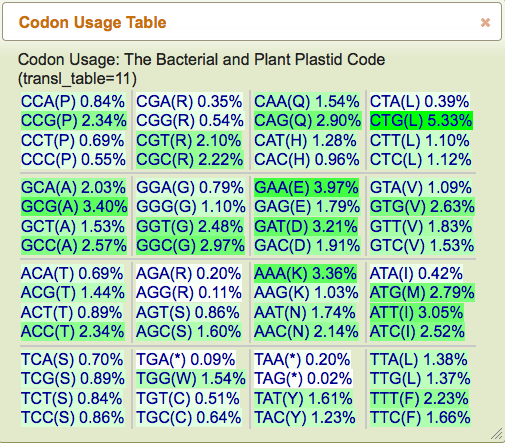 Codon usage tables show the relative usage for each codon by an organism. These can be generated in CoGe using OrganismView. When generated, codons are arranged so that GC rich codons are shown in the upper left and AT rich codons in the lower right. This is based on the AT/GC content of the first two positions in the codon (the third being the wobble position). The green coloration of each cell corresponds to the relative usage level of a codon such that the green the cell is, the more heavily used that codon is within the genome. The percent usage is also shown in each cell.