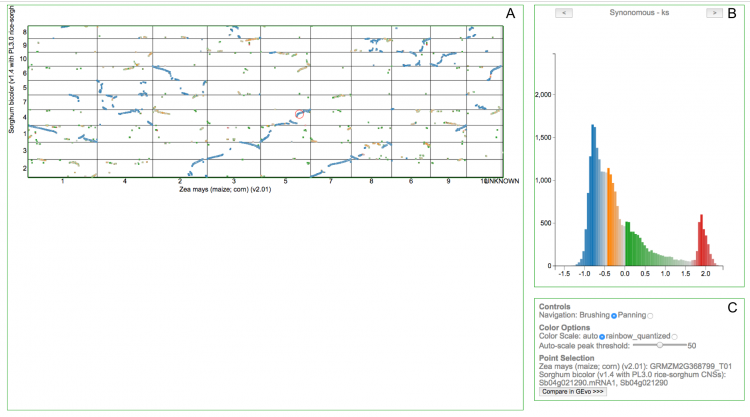 I was already used to the old version and want it back!
No worries. You can always switch back to the old version using the "Legacy Version" tab at the top of the page!
Who developed SynMap2?
The SynMap2 visualizer was written by Sean Stephens (https://github.com/seanastephens) of the University of Arizona Humans Data & Computers Lab (https://hdc-arizona.github.io/). Integration into CoGe was performed by Sean Davey & Asher Baltzell of the CoGe group.
Is SynMap2 visualizer open-source?
Absolutely! You can find the code here and here